The Gir cow is a popular breed of cow in India. The Gir cow breed was first found in the Gir forest of Kathiawad and Bhavnagar. Also, they were seen in Rajkot, Junagadh & Amreli District of Gujarat India. This breed of gir cow is known by different names all over India. In Gujarat, it is called Bhodali, Surti, Kathiwari, Gujarati, Sorthi, and Desan.

The average production of Gir cow’s milk is 10 litres per day after the calf is born. The Gir Indian cow breed is also popular in other countries such as Brazil and North America, Australia, and New Zealand. Gir cattle were used in the development of the Brahman breed of cattle in North America.

This breed of cow has also been used to improve many of the indigenous breeds of India. 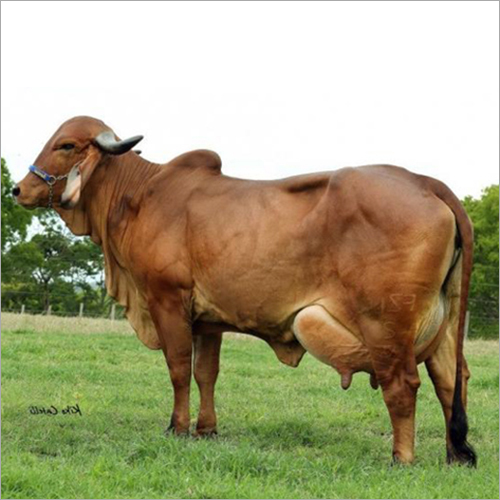 In general, this breed of cow has become very popular over the last decade as it produces pure A2 milk. A2 milk is in great demand in the metropolises of India. Milk contains beta-casein A2. And it is a healthier option than regular milk.

In India, this breed has the capability to adapt to any type of environment. The gir cow always gives dairy farmers in India a fast and maximum yield. Many of Gir’s cow farms make very good profits from milk and manure.

Manure and urine are also important by-products of the dairy industry. It is used to make organic fertilizers and pesticides.

The interesting thing is that Brazil currently has more young cows than India. There are approximately 5 million gir cows in Brazil. The Gir cow is known as Bos Indicus, in Brazil and South America.

How much milk does gir cow produce?

The average fat percentage in Gir’s cow’s milk is 4.5%, which is a pretty good breed of special-purpose dairy cattle. The highest milk production of Gir cattle is 3000 liters in one lactation.

For better milk production and reproduction, housing plays a very important role in the business purpose of the Gir cattle farm. The house should be both a shelter and an open meadow. The open meadow allows the cows to run out. The open paddock should be twice that of the animal shelter or cow barn.

Caring and Management of the cattle

For a fact, Gir cattle have less mortality and morbidity, but protection against some important diseases is important for commercial dairy production. It is a popular saying that prevention is better than cure. So, the minimum age for vaccination is 3 months.

The food itself covers up to 50 percent of the total costs of agriculture. In addition to outdoor grazing, which is necessary to reduce feed costs, gir cows should be fed jowar, bajrastraw, dry forage, cottonseed cake, soy hulls, jaggery, etc. The cows can also be fed vegetables such as carrots, drumsticks, and beets. Overfeeding should be avoided and the correct eating routine should be followed. The feed should be stored in a dry place to avoid contamination and the feed should be provided in the form of a medium-sized powder. Diet should be based on age and condition. An adequate amount of water should also be provided with the feed.

Price of gir cow and profit from gir cow